From scribes to batons, acorns, cups, coins, scythe and swords, the French set the standard design of suits as we know them today: Hearts, Clubs, Diamonds and Spades.

The meaning of the suits categorize the four key areas of life: Emotional, Mental, Material, and Physical, further divided into subcategories to include every aspect of life.

Each suit symbolizes the terrain your soul is travelling in its karmic vehicle of personality It is the area of life that requires your attention, most vulnerable to the law of cause and effect.

The chalice is an ancient symbol of the Heart. It holds the water of life. LOVE. Heart is the journey of love. It is the springtime of the year, the time of youth and passion. Its path is emotional and focuses on family, friendships, relationships, and the home. The heart is sensitive, emotional, innocent, and vulnerable. Heart is devotion. 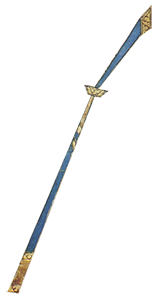 A stylus is an ancient symbol for the Club. It is a tool for gathering thoughts and communicating ideas. It is the air element. KNOWLEDGE. The club is the journey of knowledge. It is the summer time of year, the time of adulthood. Its path is cerebral and focuses on information, communication, education, your intellect and reasoning. The club wants to think and know. Club is mind. 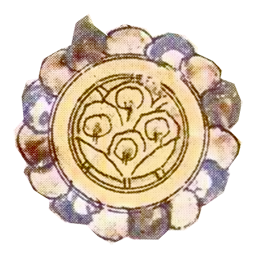 A coin is an ancient symbol for the diamond; the valuation of energy. WORTH. The journey of the diamond is a journey into the creative fire of materialism. It is the fall time of year, the time of maturity, and harvest. The path is material; the focus is on turning energy into tangible assets. It is determining what is of value and defining what is worth. The Diamond is money.

The sickle is a symbol of the Spade, the most widely used tool for labour. The journey of the spade is the physical work required on this physical plane of existence. It is the wintertime of year, symbolic of old age and the concerns of physical health. It is the journey of productivity, physical effort; the hands-on-application of work. Spades are the salt of the earth. Spade is a physical ENVIRONMENT.

Pips are the spots on the Cards; their "numeric value". Similar to Numerology, each value has a special meaning which is further modified by its SUIT and PLANETARY INFLUENCE.

The Beginning "I AM". Ace is the ego. It is the WISH card, the HOPE and the "I WANT". If we turn our desire for self into a desire for ALL, the Ace becomes the card of the ALTRUIST.

TWO
The number TWO seeks UNION as two halves always make a better whole. 2 is the FEAR card because we are afraid to COOPERATE lest we give away our oneness, our ACE in the hole. The Deuce represents contracts, meetings and PARTNERSHIPS.

THREE
From the unity of the 2 comes the CREATIVITY of the 3. A three creates new opportunities and then must CHOOSE which path to take. Negatively the 3 is UNCERTAINTY and confusion. We must be OPTIMISTIC and above all, have FAITH.

FOUR
The opportunities of the 3 bring the need for STRUCTURE symbolized by the number FOUR. Four is the number of luck and GOOD fortune. Positively expressed 4's symbol SATISFACTION. Negatively, they count on their luck, and they are stubborn, LAZY and bored!

FIVE
From the stability of the 4 comes the RESTLESSNESS of the FIVE. 5's symbol CHANGE. Life is changing. Five is the middle point of everything. Nothing will ever be the same. 5's are changeable and seek variety; a FICKLE heart or a fickle mind. A NEW EXPERIENCE is most definitely desired!

SIX
Exhausted from all that change and restlessness, the six wants to slow down and adjust! The PAST becomes important; DEBTS repaid. Sixes feel the weight of their karma; the result of past actions. For good or for worse, the six prefer everything REMAIN THE SAME.

SEVEN
From the reflections and inertia of the 6 comes the STRESS and WORRY of the 7. 7's worry out of JEALOUSY or gossip. In extreme cases, sevens bring violence. The 7 must figure out ways to get around their OBSTACLES instead of trying to charge through them. The positive 7 is clever and achieves VICTORY. Rise above!

EIGHT
From the victory of the 7 comes the POWER of the 8. Eights seek to CONTROL and they can be bossy! Eights are the number of will, strength and FORCE. The number 8 is the number of work and GAINS that are made because of hard work. Negatively, the 8 tries to CONQUER and destroy.

NINE
From the power of the 8 it is time to SURRENDER to the number 9. Have you ever wondered where the expression, the nth degree comes from? Nines must learn to forgive and LET GO. And if they don't let go, what they want is taken from them. Nine is the number of SERVICE. Its high value is seeing the BIGGER PICTURE. Surrender to the 9! As one door closes, another will open. The positive 9 symbolizes NEW BEGINNINGS.

TEN
The last number - the biggest number - the sum total. This is the number of SUCCESS, the number of ACHIEVEMENT and the number of ILLUMINATION. 10’s know how to harness their energy, and use it to corral others. The 10 can also reduce itself to the number 1. (1+0=1) When this happens, the INFLATED EGO of the 10 creates a false sense of security and they end up tripping over their own personal PRIDE.

Crown Cards are a symbol of influential people in your life. A crown card identifies someone as having a certain paternal or maternal influence, a teacher, or a sibling, lover, friend or enemy. As well, you personally “wear the crown” and take on the emotional or mental characteristics of that card.