Mercury is the youngest Player in the Great Game of Life. It is also the smallest of the planets - hence the reputation for youth - and the fastest planet in our solar system

When Mercury plays his cards, he expects immediate results. His attention span is limited, thus people and situations come into our lives unexpectedly and leave just as quickly as they had come. There is a saying with Mercury - "fast to come and fast to go", and it would be wise to remember when Mercury plays his hand.

As the Messenger of the Gods, Mercury signals communication between people - letters, telephone calls, and the spoken or written word. Mercury is also known to be impatient, unreliable and at times argumentative, and defensive!

In Metasymbology, Mercury lords over Gemini and Virgo.
Mercury heralds the first cycle of seven, representing the 1st Card that follows your Birthday Card.
See Seshat's Seven to learn more. 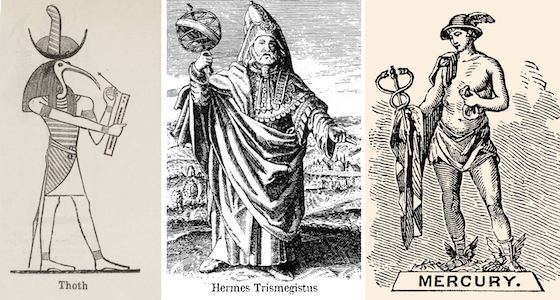